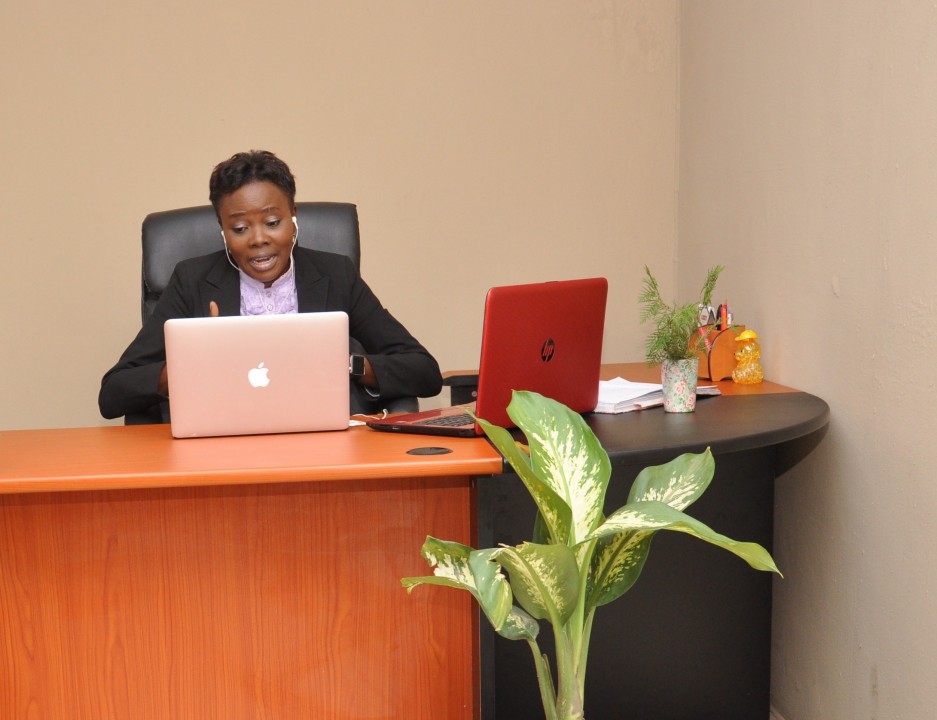 One thing is for sure. That a revolution is here which is characterized by a set of technological trend that will digitize the industry and take it to another level, a level where full automation will be achieved allowing maximum efficiency at the lowest cost. Among these technologies are:

However, based on the data from market analysts, one of the industry 4.0 technology trend that is estimated to have the highest impact in transforming the society is BLOCKCHAIN.

It is important to educate oneself on what Blockchain is and why it is important. Think of ways in which your organization could benefit from it.

To help us understand a bit about Blockchain, we will be considering the following:

·     Why should Lawyers adopt the use of Blockchain

Blockchain is a peer to peer decentralized, distributed ledger that records transactions efficiently, and in a verifiable and robust fashion. Blockchain is a time-stamped chain of immutable records, managed by a cluster of computers and not owned by any single entity.

Blockchain is a technology that allows users to interact without the need for intermediaries, guaranteeing the confidentiality, authenticity and integrity of transactions.

Smart contracts is a Blockchain enabled Application. A Smart Contract is a term used to describe computer programme code that is capable of facilitating, executing, and enforcing the negotiation or performance of an agreement using Blockchain technology. The entire process is automated, It can act as a complement, or a substitute for legal contracts, where the terms of the smart contract are recorded in a computer language as a set of instructions. In general, smart contracts help you exchange money, property, shares, or anything of value in a transparent, conflict – free way while avoiding the service of a middleman. Smart Contract is a computer protocol intended to digitally execute certain tasks if pre-defined conditions are met, thus allowing to digitally facilitate, verify or enforce the negotiation or performance of a contract.

Cryptocurrency is a technique to secure data by writing or generating codes that make the information unreadable for the unauthorized individual. It is derived from mathematical concepts and a set of rule-based calculations.

They are also referred to as virtual currencies, which are digital means of exchange created and used by private individuals or groups.

Below are some notable cryptocurrencies

To use Cryptocurrency, you need to open a wallet with unique information that confirms you as the temporary owner of the unit. Your private keys confirm the authenticity of a cryptocurrency transaction.

WHY SHOULD LAWYERS ADOPT THE USE OF BLOCKCHAIN?

Some organisations are already aware of the fact that the Blockchain technology is growing fast and nobody can stop it from being used. One of the first thing we should do is to use technology to replicate what we do. As lawyers we would be better placed if we align ourselves with this technology adopting it to learn more about it and see how we can leverage on it for improved and sustainable practice while coming up with solutions to close the loopholes through a collaborative relationship with Blockchain developers. With or without our adopting the technology, it has and will cause a great disruption to the legal practice as the services of legal professionals in most cases will be dispensed with as it is viewed as cumbersome, time wasting, subject to a lot of human error and expensive to use.

Banks have formed a consortium to analyse how to integrate Blockchain into the financial entity by developing a financial accounting solution. They are investing in this technology (Blockchain) because they are aware that no one can stop it from being used.

The need for the adoption of the Blockchain by legal professionals is motivated by the following:

A DAO is a decentralized Autonomous Organization. Its goal is to codify, through a so-called smart contract, the rules and decision-making apparatus of an organization, eliminating the need for documents and people in governing roles, thus creating a structure with decentralized control. As at 2016 when the DAO was launched on the Ethereum Blockchain, an unkown hacker identified a loophole in the DAO smart contract and exploited or hacked it. Which allowed the attacker to drain more than 3.6million ether. As with the traditional agreement that might not cover all the scenarios that can arise from the contract execution, the same happened with the DAO smart contract.

The peculiarity of smart contracts is that their rules are on a string of code, and in this case, a hacker exploited a coding loophole in the smart contract.

Some other challenges of Blockchain are:

OPPORTUNITIES IN BLOCKCHAIN FOR LEGAL PROFESSIONALS

Lantmateriet- Sweden Land Registry was one of the first public authorities to make their land registry digital in 1970. They first started testing Blockchain technology in 2016, completing its second stage of trials in march 2017.

In the case of the DAO attack, Had the code of the smart contract been drafted correctly, the hack could have been avoided.

Given the current uncertainty as to the legal implication of blockchain, the proper drafting of a smart contract becomes crucial. Especially in relation to the following:

A properly drafted smart contract might help to identify and secure property rights on the blockchain and ensure control of its legal implications. Legal professionals collaborating with developers will help to advice properly and eliminate some of the loopholes and can advocate for proper regulatory framework. The lack of court precedents on the usage of this technology and all other challenges of the technology leads to potential issues but represents, at the same time an opportunity to be exploited by legal professionals in this changing world.

In these present days, investors can conduct trades from a smart phone with a simple tap. And in this investment climate, smart digital investment.

The advent of technology digitized the investment process and democratized wealth management for the masses by reducing advisory fees to a marginal cost. In digital investments, you can invest into the digital currency like the cryptocurrencies or asset.

Investing into cryptocurrencies can be by buying ICOs (Initial Coin Offerings) or STOs (Security Token Offerings)butbe sure to do your due diligence part of which is checking and reading the white paper of every ICO you intend buying in order not to fall a victim of scammers. Coins are usually sold in order to raise money for investment in a project.

With asset Tokenization of real world assets, which involves issuing a digital token on a blockchain, whereby that token represents an underlying tangible and intangible asset, it will bring about liquidity, transparency and peer to peer investment in major commercial assets without the need for expensive and time consuming intermediaries.

The biggest game changer will likely be found in unlocking the liquidity of smaller investors through democratizing access which is made possible by fractional real estate (FRE) opportunities. Since this class of investment was previously only accessible to high-net worth investors, real estate investment vehicles managed by major banks, or institutional investors, the tokenization of investment – grade assets into FRE significantly lowers the barrier of entry, priced at single token value with no traditional minimum investment limits or lock-in-periods- creating a simpler and more secured opportunity for investors to buy into.

You can trade cryptocurrencies on different platforms. To do this, you need a wallet– A Blockchain wallet is a software programme that enables users to buy, sell and monitor balance for their digital currency or asset. A wallet stores private and public keys for a transaction. Wallets are classified as software, Hardware and paper wallet, available to store and reflect a transaction on Blockchain.

Note this, Digital investment could be very volatile. therefore, make sure you have the proper knowledge of it before you venture into it.

Foreign Exchange (FX) market is the place where the currency can be exchanged for another. The forex market is the world’s largest trading market. It is a legitimate trading market where the world’s currencies are traded. Without it, it would be difficult to trade the currencies needed to buy imports, sell exports, to go on holidays or do cross border business. However, to make a significant profit in this market, it takes a considerable learning curve. the Nigeria’s Foreign Exchange is made up of three main categories:

REGULATION OF BLOCKCHAIN AND FOREIGN EXCHANGE

The point here is that centralization will be eliminated. Start studying and thinking about how distributed models will change everything.

The biggest paradigm shift is here. What people don’t know is that Blockchain is growing behind the scenes, even in downtimes.

Economies are in free fall. People are loosing their jobs, companies, large and small are going out of business. The corona virus affects more and more sectors.

Despite not being at the fore front of consumer’s imagination right now, consortiums like Linux and huge private organisations like IBM are building on Blockchain technology for the future.

The revolution is here, make sure you are a part of it.

One of the biggest stumbling blocks with any disruptive technology is the lack of understanding. Blockchain technology is an emerging technology that is helping and will help to solve a lot of issues both in the present and future.

Regardless of sector or industry, to thrive in today’s commercial battlefield, embracing the emerging technologies, trend and cultural shifts is crucial.

The biggest paradigm shift is here. There are certain opportunities available in this disrupted world and as such it is pertinent to use this time to learn and prepare to becoming a better Legal professional. If we fail to embrace this change and position ourselves as lawyer, we run the risk of becoming obsolete and dispensed with in a technological world that seeks to eliminate intermediaries for a faster and cost effective transactions. As young lawyers, researching, studying, planning and building a blockchain based business model will be a good start.

Please fill the form and we will get back to you shortly.